Showing posts from April, 2012
Show all

The last days of Yvette Vickers' life were spent contacting people she had never met, fans in far off places, not family members or friends. In fact, no one will ever know the exact age of the movie star featured in such cult classics as "The Attack of the 50 Foot Woman," and "Attack of The Giant Leeches." When she was found dead in her home, her body had been there for so long that it was mummified. According to the coroner, she might have been there for six months or a year. So how could a cult heroine spend her last days browsing the internet chatting with strangers? The Atlantic Monthly likens this loss of connection, or loneliness, to our new "broader but shallower" relationships, relationships we have garnered through Facebook and other social media. In "Is Facebook Making Us Lonely?" Stephen Marche believes that "in a world consumed by ever more novel modes of socializing, we have less and less actual society. We live
35 comments
Read more

Everybody gets stressed out. Sometimes it's from too much studying, or lack thereof (I'm gonna flunk this test). Other times stress comes from too much working, or lack thereof (How am I gonna pay the rent?). But sometimes you just gotta dance . . . At other times, just having a good laugh will clear your head and help you move onto harder subjects, even something like physics, or whatever the professor is teaching in the following video. A cathartic emotional release purges the emotions and relieves emotional tensions, "especially through certain kinds of art, tragedy or music." Both of these videos qualify as art, such as music and, in Zoro's case, even a bit of tragedy. So take time to laugh and then get back to work with a fresh outlook and you'll find things may just be a little bit easier. What kind of quick stress relief do you practice to keep your head on straight?
24 comments
Read more Who needs teachers when you can let a robot do the grading? Some colleges have recently started using robo-graders to score English assessment tests and students already know how to "beat" the system. Students who have taken the test, offer the following advice: use big words with lots of syllables, spell every word correctly, and write at least a six-paragraph essay. The New York Times recently ran an article entitled "Facing a Robo-Grader? Just Keep Obfuscating Mellifluously" . Here's the advice they gave students when writing an essay scored by E-Rater (not really, but this is what the studies found): Write your own subjective truth. Don't worry about whether your prose is factual or not, it seems that Robo-Graders can't tell the difference between whoppers and facts. Write really long and seemingly complicated sentences because E-Rater does not like short sentences; not even dramatically short sentences. Do not begin sentences with &quo
12 comments
Read more 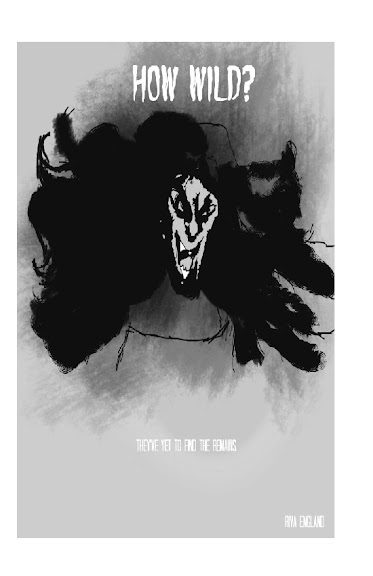 Are you wild about comics? If so, you'll appreciate that there is one Bay Area College that also loves comics! In fact, Diablo Valley College in Pleasant Hill offers a graphic literature prize each year featuring the best student-produced comics. Not only that, DVC features classes in comics creation and story telling to facilitate the budding graphic novelist. Don't want to create comics? No problem, DVC also has classes in the Graphic Novel as literature. Whether you're an artist, comic aficionado, or just like art and literature, check out this year's O'Keefe Prize Winners!
2 comments
Read more

What do you mean my phone doesn't work?

Last week eight lightening bolts hit the Bay Bridge at the same time. Pretty awesome! Just imagine a lightening bolt hitting your cellphone. "Never happen," you reply. You're probably right, but think about this. Just imagine there's an earthquake and electricity delivery is interrupted for a week all over the San Francisco Bay Area. Would you Digital Natives be able to survive? I mean it's one thing to have no lights or a refrigerator full of mushy guck, but what about computers, cell phones, and iPads? "That's easy," you say. "I'd just recharge my iPhone and notepad in my car charger." That may work for a couple of days, but what do you do when you run out of gas? There's been a earthquake! You can't just pop down to the local station and get more. I'm not sure what's scarier, that DN's can think of ways to stay connected during a natural disaster, or the fact that no one is worried about havi
51 comments
Read more 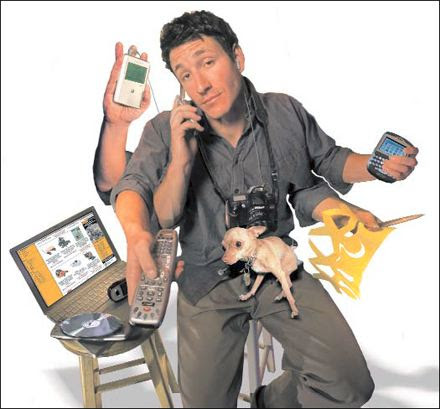 Some say there is no such thing as multitasking. CQ Researcher reports that "Researchers have proved again and again that multitasking, at least as our culture has come to know and love and institutionalize it, is a myth." But as a Digital Immigrant I can report that I have been multitasking for a while. I can even watch TV and read a comic at the same time. For that matter my great, great, great grandmother could have a conversation while making meat loaf. Even more impressive, my Digital Native friends can talk on the phone, answer a text, play Words with Friends , and update their Facebook status with one hand. Now that's progress. So for the sake of argument, let's call all those nanosecond switches from one task to another, multitasking. And, as Shakespeare would say, "Therein lies the rub." According to the same CQ Researcher, Digital Natives and savvy Digital Immigrants when "sitting at a computer screen--if they are indeed looking
29 comments
Read more

In Google We Trust? 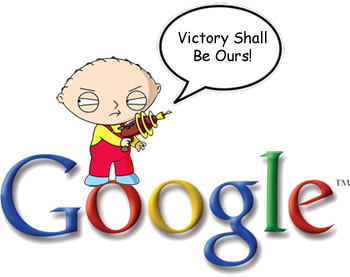 An article on Read Write Web claims that, contrary to popular belief, "Digital Natives" are not really media savvy. But after reviewing the study, what it really shows is that Digital Natives don't know how to conduct research. Duh. But this isn't a new problem. Digital Immigrants (those of us who weren't born with built in computer skills) improperly conducted research back in the day when we had to choose between a print copy of an academic journal and a print copy of The New York Times . Indexes contained lists of articles in miniscule type that were organized by subject in these door-stopping tomes and if one was lucky enough to find a promising title, you crossed your fingers hoping that your school library subscribed to that journal. But after you read that "perfect" article and discovered it had nothing to do with the essay you were supposed to be writing, you used it somehow because it took you two hours to find. Today's educrats ar
19 comments
Read more
More posts