Showing posts from April, 2014
Show all

The Colored Rhetoric of Advertising

This is a great infographic entitled Psychology of Color - Analysis of Brands Color over at uFunk.net. Remember advertisers are experts at the use of rhetoric and color is just one aspect.  What do you find most surprising to learn about your favorite color?﻿
77 comments
Read more

You go about your life unaware of the Digital Shadow you cast_   Your life is measured in gigabytes. Data comes at a cost_ Algorithms can predict your interests, your desires, even your fantasies_ These are some of the ominous calculations Digital Shadow performs using your digital footprint. Want to know who is secretly stalking you? Want to know who your pawns are? Don't think you have a very large digital footprint? Well, guess again.  Among other things Digital Shadow will tell you about your "Liabilities" or people that consistently post about you making you vulnerable to attack. It also lists your "Obsessions" and "Scapegoats" -- people you would sacrifice if you had too. Digital Shadow looks at your online Facebook data and provides a psychological profile of the digital you.  Perhaps the digital you is "Neurotic and exhibits high levels of self-absorption and insecurity"
39 comments
Read more When writing an argument you cannot ignore the arguments against your position.  You should seek out to identify the most obvious counterarguments and then address those objections in order to convince your readers that your position is valid. In addition, addressing counterarguments adds ethos to your argument by showing that you have thought about other positions and aren't attempting to ignore them.  According to Delmar.edu, "one can acknowledge and even concede a point in counterargument without directly refuting it. For example, in an argument that girls should play competitive sports you might concede a point to an alternative perspective by saying Of course, participation in sports is not the answer for all young women. Competitive sports can be cruel -- the losing, jealousy, raw competition, and intense personal criticism of one's performance. All athletes must learn to deal with these issues.  There are some basic rules when constru
16 comments
Read more

Need Some University Credit This Summer? Try a class in the Zombie Apocalypse 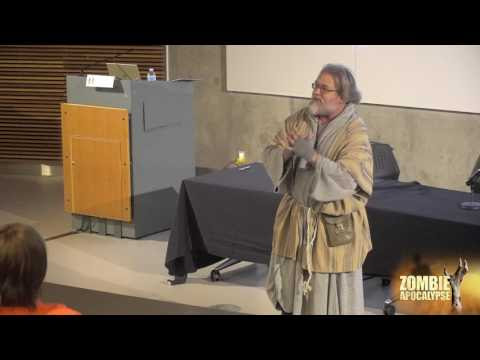 "Until you're actually in a catastrophe you don't know how you'd behave."  That's how Glenn Stutzky prefaces the MSU Summer 2014 class " Surviving the Coming Zombie Apocalypse – Disasters, Catastrophes, and Human Behavior ". When I first heard about this class, I didn't give it much credence.  Another crazy pop culture class - but then again, as a teacher of comics and all things related, I had to step back.  After all Walking Dead is one great comic book series that was serialized on television.  Although, I have to say, I still wasn't convinced that the zombie apocalypse was an appropriate fit in classes on the study of human behavior. That was before I watched the above video. What changed my mind?  The Mt. Diablo Fire of 2013.  I had always thought of myself as one of those people who, in the face of disaster, would remain calm, cool, and collected, rescuing neighbors and pets alike.  But, no, when Mt. Diablo was engulfed in fla
37 comments
Read more

The Root recently published an article entitled Black Heroism Illustrated .  It documents the instances of black superheroes created by the comic powerhouses DC and Marvel.  Beginning with DC's Black Lightening in 1977 and Marvel's Black Panther who debuted in "Fantastic Four" no. 52 in 1966. The article also documents the rise of African American sidekicks -- Captain America's trusted Falcon (1969) -- while interracial justice leagues began appearing in the 1970s. The Shadow League chronicles comic stereotypes, from Harlem as the hometown of every African American superhero to the use of the descriptor "black" in superhero names; think "Black Lightning, Black Vulcan, Black Goliath, Black Racer, the Black Spider, Black Manta and so on." The most recent addition to the black pantheon of superheroes would be Nick Fury - who apparently underwent a race change in 2002's "The Ultimates #1" -- from a white World War II army he
32 comments
Read more 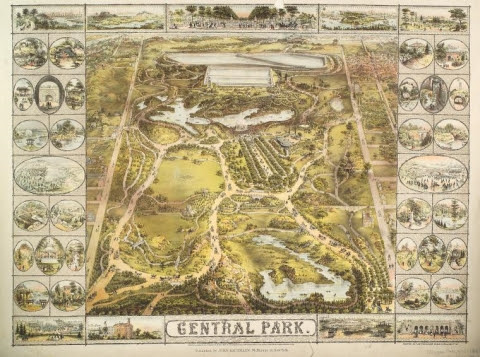 I love maps!  And the older the better. I like looking at how the world has changed, or being reminded of places I've visited. In my office I have a 1930's map showing the "Voyages of Discovery" with dashed lines and little galleon icons indicating the trips of Columbus, Vaso de Gama, and Magellan, a visual text sparking images of pirates, sea monsters, and exotic ports of call. In my kitchen I have a very art deco map of "Europe in 1932" with pink and teal countries whose borders are very different than the world today. Whenever company comes and congregates in the kitchen it always sparks a conversation about places we'd love to visit.  Rome, Paris, Athens, Florence, London, Alexandria, Constantinople all great cities a world away. Now some of these antiques are available to everyone thanks to the New York Public Library . The library has been scanning maps for about 15 years and now has "1,100 maps of the Mid-Atlantic United States and
25 comments
Read more
More posts