Showing posts from September, 2014
Show all

Is that a Giant Toilet? 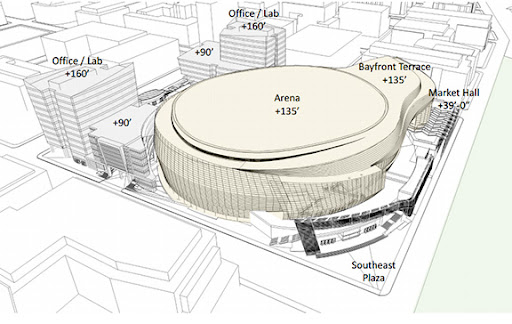 Ummm, yes it certainly looks like one. Mr. Crapper may have invented the first flush toilet, but he probably never suspected that we would be playing basketball in one. That's righ sports fans, the Golden State Warriors' new arena may just be a giant commode. I know we want to put our favorite sport's heroes on a throne, but this may be taking things too far. Apparently, the plans for the new stadium were getting too expensive so they were flushed for new renderings. How much money do you think the architectural firm charged for this rendering of San Francisco's latest sports' arena? SF could have just called Moen or Price Pfister and enlarged one of their commode schematics. Can you hear the announcers now? Thankfully, there is no one named John on the team. What does this post have to do with college, careers, comics, or writing? I'm not sure . . . but it sure is strange that architects with an advanced degree came up with a gigantic toilet of
16 comments
Read more

http://www.grammarly.com/ At least that's what 3,000 writers said when they were polled by Grammarly, the world's best grammar checker. But why are women better? According to those polled, women are better writers because they spend more time developing characters, women like to write more about people rather than things. Women are even better writers because they like to write purple prose -- "long, descriptive sentences." Or maybe this is just all a bunch of stereotyping? I would really like to know what the internals of this poll are. How many men were polled? How many women? What were the ages of those polled? If you look at the results of this poll (and it doesn't claim to be scientific), what would you guess about the internals? Do you agree with the results? Do you believe women are better writers than men? Who are some of the greatest writers of all time? Ouch, those are men, but is this the result of the male-dominated culture of the pas
31 comments
Read more
More posts