Showing posts from February, 2010
Show all

When Poe's story, "The Facts in the Case of M. Valdemar" was first published he failed to state that it was a fictional work. Instead he let his readers believe that through hypnosis a person could become trapped in their own body. In 1938, the Orson Welles' radio broadcast of the sci-fi fantasy "War of the Worlds" about aliens invading earth caused a nationwide panic. In Poe's case the public was prepared to accept the idea of performing surgeries using hypnotism as an anesthetic, a commonly reported phenomenon (albeit untrue). "War of the Worlds" played on the scientific explanation of a crowded universe where sentient alien beings living on Mars. Have you ever read a fictional work that you thought was true? Why did you believe it was true and what did it cause you to do?
10 comments
Read more

Edgar Allan Poe's "Pit and the Pendulum" explores judicial corruption and torture during the Spanish Inquisition, while the updated comic Nevermore resets it in the modern era. How does the Iraq-war era effect the story's plot? Does your observation of the news and other media sources sway your thinking? If so, how? Is torture ever justified, or does torture let "all memory of freedom die . . . , smothered under a breathless weight of night"?
2 comments
Read more 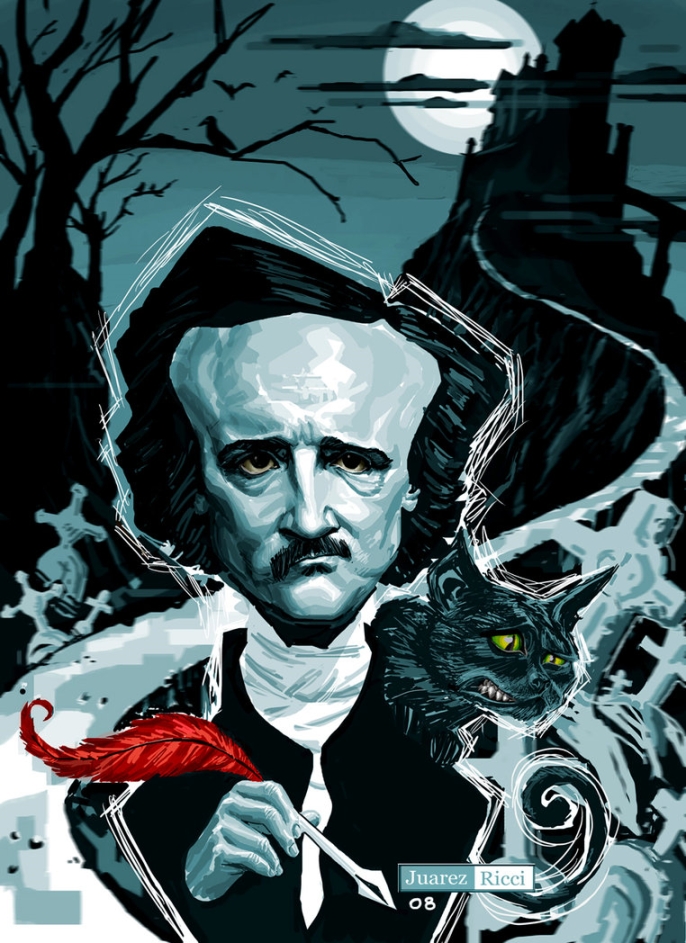 Why do you think Edgar Allan Poe became a horror writer? Poe was orphaned as a toddler, but was taken in by a wealthy family. Although never formally adopted, his new mother loved him very much, but when she died, Poe was left with a stern disciplinarian of a foster father. Poe dropped out of school because of gambling debts. He was disinherited by Allan after quarreling about his inheritance. He joined the military and was court martialed (on purpose). His childhood sweetheart married another man, so he married his 13-year-old cousin, who died young. He pretty much lived his adult life in poverty moving from one writing/editing job to the next. How do you think these events led to Poe's preoccupation with horror and its related themes? What events from your own life led you to your chosen career?
3 comments
Read more
More posts