Showing posts from 2019
Show all

First impressions are really important when it comes to a job interview, meeting the in-laws for the first time, trying to land a sale, and many, many other social situations... ...and it only takes two to three seconds to make a first impression. According to Mind Tools the key elements to making a great first impression are:      1. Be on time.      2. Present yourself appropriately.      3. Be yourself.      4.  Have a winning smile.      5. Be open and confident.      6. Use small talk.      7. Be positive.      8. Be courteous and attentive. We have all probably heard this list before (or something like it), and you've probably been to a job interview, or have had to meet someone you wanted to impress, but did you ever think about the first impression your writing makes? You should. When you send a letter or an article to a colleague or publisher they cannot help but form some kind of first impression when they open your document; this also applies to your pr
9 comments
Read more

Is There Hope for Good Writing in the Sciences?

What first attracted me to this article entitled "Novelist Cormac McCarthy Gives Writing Advice to Scientists … and Anyone Who Wants to Write Clear, Compelling Prose" was STEM - the bane of any English professor. STEM (Science, Technology, Engineering, and Mathematics) is the current trend in public education, pushing aside the arts for technology. But STEM should really be changed to STEAM (Science, Technology, Engineering, Arts, and Mathematics) because while some may believe that the Arts are just a supercilious area of study that no one really needs, that is just false. Rhetoric is taught in the Arts and everyone needs to know how to argue properly, especially scientists. If not, how are you ever going to prove your hypothesis or spot a fallacy in your problem? So what does that have to to with Cormac McCarthy? McCarthy loves science and scientists. The writer of such novels as No Country for Old Men, Blood Meridian, and The Road has   "Since the 1990s, mainta
7 comments
Read more

Memorials to our beloved

We all know someone who died too young or too soon. Some of us have friends and relatives that were killed in a vehicle accident that we memorialized in a roadside shrine. Some have added a tribute to their own vehicle or inscribed some bit of graffiti on the side of a building to remember their loved one. In the past it was popular to compose a poem to our dearly departed and this habit goes way back . . . past the Victorians, the Renaissance, the monks of the Dark Ages, all the way back to the Romans. Sometime after 120 A.D., a grieving Terentia visited Egypt. She was so moved by its beauty and the death of her brother that she inscribed the following poem in the limestone of The Great Pyramid. Open Culture records it: I saw the pyramids without you, my dearest brother,  and here I sadly shed tears for you,  which is all I could do.  And I inscribe this lament in memory of our grief.  May thus be clearly visible on the high pyramid the name of Decimus Gentianus….
12 comments
Read more

"Dies Irae" at the Movies

You've heard this piece before in many, many, many creepy movies, but why do we find it so creepy? First, the Dies Irae was written by 13th-century Catholic monks as a funeral dirge for the funeral mass (that's pretty creepy). But that's not really why we find it so creepy. It's not as if we subconsciously connect a funeral dirge to creepy things. We find it creepy because the first four notes of this music are in a minor key . . . and minor keys are always creepy. In western culture, our ears are trained not to "like" those notes, especially when they are played together, or go down the musical scale. As pointed out at Open Culture: "Of course, we know these notes from the iconic, oft-parodied Amadeus scene of Mozart composing the “Dies Irae” movement of his Requiem in his sickbed, as ultimate frenemy Salieri furiously transcribes. Once you hear the magisterially ominous sequence of notes, you might immediately think of Wendy Carlos’ themes for
9 comments
Read more

What could be better than Shakespeare and Pink Floyd?

David Gilmour of Pink Floyd recorded his musical interpretation of William Shakespeare's 1595 Sonnet 18. Shall I compare thee to a summer's day? Thou art more lovely and more temperate: Rough winds do shake the darling buds of May, And summer's lease hath all too short a date;   Sometime too hot the eye of heaven shines, And often is his gold complexion dimm'd; And every fair from fair sometime declines, By chance or nature's changing course untrimm'd   But thy eternal summer shall not fade, Nor lose possession of that fair thou ow'st; Nor shall death brag thou wander'st in his shade, When in eternal lines to time thou grow'st:             So long as men can breathe or eyes can see,           So long lives this, and this gives life to thee. Shakespeare is talking about poetry and immortality. The young man described in the sonnet will never lose his youthful beauty as long as this sonnet lives on. How does the musical version affect
1 comment
Read more

Writing a response to a literary critique 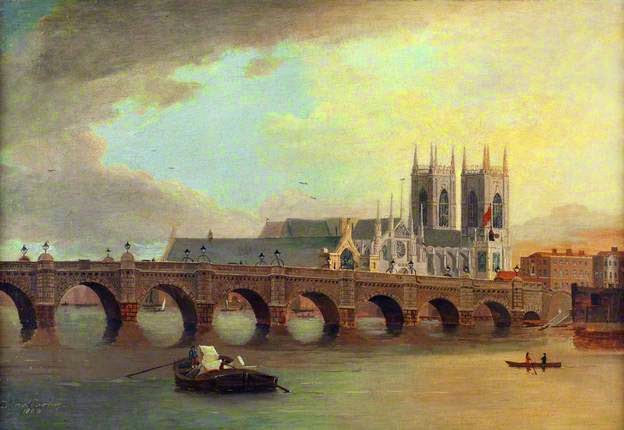 Composed upon Westminster Bridge, September 3, 1802 BY WILLIAM WORDSWORTH Earth has not anything to show more fair: Dull would he be of soul who could pass by A sight so touching in its majesty: This City now doth, like a garment, wear The beauty of the morning; silent, bare, Ships, towers, domes, theatres, and temples lie Open unto the fields, and to the sky; All bright and glittering in the smokeless air. Never did sun more beautifully steep In his first splendour, valley, rock, or hill; Ne'er saw I, never felt, a calm so deep! The river glideth at his own sweet will: Dear God! the very houses seem asleep; And all that mighty heart is lying still!  What is explication? Let's take a quick look at the  beginning of an "A" example : This poem dramatizes the conflict between appearance and reality, communicating the idea that even in the unnatural city Nature’s presence can be seen. From Westminster Bridge, the speaker looks at London at sunr
22 comments
Read more
More posts