Showing posts from 2018
Show all

We all know that Amazon is going to take over the world and we are all going to end up as bot-tenders in some factory somewhere where our robot overlords will spray us with bear spray when we try to organize for our rights. Is this the basis for some sci-fi movie? No, but it just seems like it could be the next Hollywood blockbuster. Amazon robots at work Anyway, back to the non-fiction. An Amazon robot in New Jersey malfunctioned and ripped through a can of bear repellent that sent 24 workers to the hospital. LOL!? Too soon. I guess, but all the workers are expected to make a full recovery. The repellent-spraying robot does bring up the issue of workplace safety and working conditions. But not to worry, Amazon released a statement saying, "The safety of our employees is our top priority, and as such, all employees in that area have been relocated to safe place and employees experiencing symptoms are being treated onsite,” an Amazon spokesperson told ABC in a statement.
7 comments
Read more 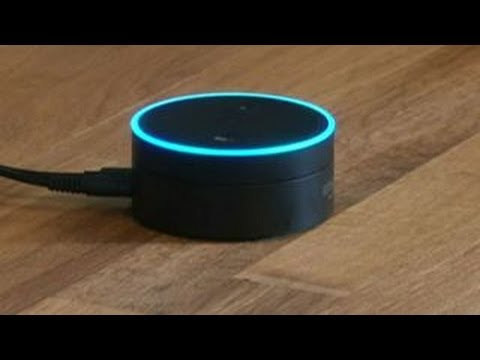 I wonder if Little Brother's author, Cory Doctorow, ever thought we would be under surveillance in our homes at our own hands? He presents the government as roaming through our neighborhoods tracking us with antennas or through our FastPass systems, but did not see home assistants in his near future work. Recently, Amazon's Alexa has been called as a witness in two murder cases. It is assumed that Alexa was listening the whole time and Amazon is being subpoenaed to provide evidence need to solve the murders ( a double homicide in New Hampshire and the one described in the video above ). Once you unbox your new assistant your commands (and conversations) teach its AI to learn and predict  your habits, ummmm.... is this something you really want? What about the possibility of being hacked? Does Alexa profile you? Well, of course, it does, so it can report back to its Amazon overlord all your needs and wishes. Remember what Doctorow says, anything you can dream of with comput
15 comments
Read more

...and you thought cursive was tough 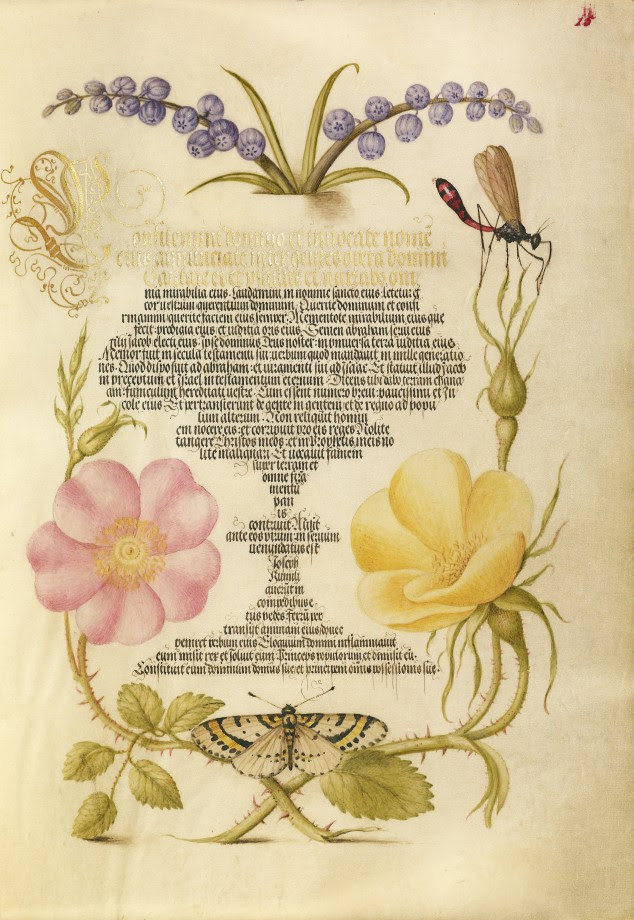 Long ago in a land not so far away all students had to learn to print and write in cursive. Penmanship was an item on your report card, like keyboarding is today. But penmanship in the 1960s and 70s is nothing compared to 16th century calligraphy. There were no machines on which to type and the printing press was the new technological mainstay. The combination of text and image was  w ell  understood by Renaissance  calligraphers  and painters Calligraphy was seen as a dying art, but what an art. Calligraphers and illuminists had to compete with the printing press to prove the value of their art for what it added to texts, and art is what they were striving for. If you have ever taken one of my classes, you know how important your initial presentation is, how I feel about combining text and image (esp. comics), and how important it is to present a beautiful and functional text. Getting your professor to appreciate your layout is the first step towards getting a good grade. I
9 comments
Read more 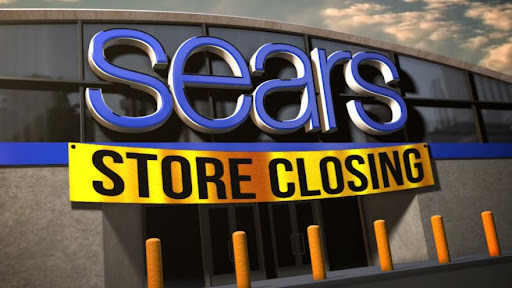 What? I knew Sears was the retail giant of America in the late 19th and early 20th century, but how did they help stop Jim Crow? By now I'm sure you've heard that Sears is closing its doors after more than 100 years in business. But like me, you probably never thought of Sears as a champion of civil rights, however it makes sense when you think about American economies. Sears made consumption possible for communities with few stores and fewer choices during the Jim Crow era. People who lived in small communities, especially small rural communities, might only have one choice when it came to purchasing goods -- the general store. Not to say all general stores were racist or evil capitalists who preyed on their customers, but most general stores had a small range of goods and no competition, so prices could be steep and owners might unfairly prey on their consumers Over at Open Culture they describe Sears' innovation this way: " the democratizing power of the Se
5 comments
Read more 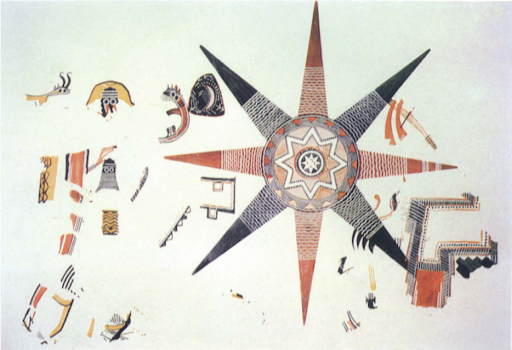 The Star Map from Jordan shows the sky at the center of the Universe. I just love maps. They bring back cherished memories or they remind me of trips I'd like to take. Some are abstract concepts depicting places of which I can only dream others are concrete places I can't imagine. There is a new project spearheaded at the University of Chicago  that purports to include maps from all corners of the earth and beyond--even to the spirit world. According to Open Culture , "The project includes non-Western and pre-medieval maps, presenting itself as 'the first serious global attempt' to describe the cartography of African, American, Arctic, Asian, Australian, and Pacific societies as well as European. In so doing, it illuminates many of those 'obscure origins.'" The heart of the world Old maps show us how people used to view their surroundings, which some may find funny or disturbing, while modern maps represent what is real or true. The ancient
2 comments
Read more I know there has been a lot of news about the pitfalls of the internet and social media lately, but digital art collections is one thing that the internet is good for . The Boston Public library has digitized dozens of M.C. Escher prints and put them online for everyone to see. If you don't know the works of M.C. Escher he definitely inspired the grand staircase in the Harry Potter films. Escher was born in the Netherlands in 1898 and he produced many prints featured on album covers and films. His works encourages viewers to get lost in his art's myriad three dimensional spaces where the gravity connection doesn't seem to work they way science says it should. Escher was interested in the sciences, but his " fame spread outside of the sciences in part through the interests of the counterculture. He may have shrugged off mystical and psychedelic readings of his prints, but he had an innate penchant for the marvelously weird." So Escher started as a pop ar
Post a Comment
Read more

It seems advertising has been around as long as people. I can imagine ads scrawled into the walls of Pompeii for the "Best Sandals" or "Fish Sauce." Commercials are all over television, and with its decline, they are all over YouTube and even in movie theaters, but what did they look like in your grandparents day? Let's take a look at a few. Got a headache? How about the latest cure, Opium (with 46 percent alcohol). That will knock it out for good, and if you take too much, it will knock you out permanently. " Opium was widely available in the 19th century, sold by barbers, tobacconists and stationers. Writers including Samuel Taylor Coleridge, Elizabeth Barrett Browning and Charles Dickens all used the drug, for pleasure or as medicine." There are many Victorian novels that feature the evils of the opium den. Sherlock Holmes, that inveterate purveyor of cocaine, often had to rescue recalcitrant clients from the opium dens found in the China
4 comments
Read more 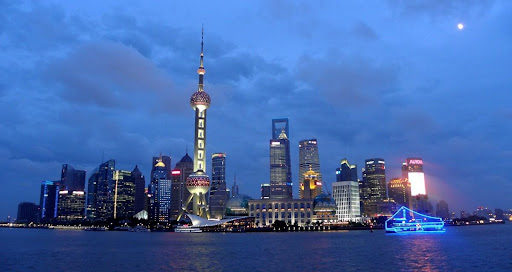 How many people are there in China? What's the GDP of China? How does Chinese education compare to other nations? What are the crime statistics in China? These are just some of the questions that James Palmer at Foreign Policy examined in a recent article. Take GDP (gross domestic product) for example. Officials in the Chinese government inflate these numbers because their status, or success rate, is measured by this number. Complicating this further is the fact that the people who report the numbers are the people who benefit career-wise from these numbers. Even harder to judge are Chinese economic recovery numbers because bad economic figures are often glossed over before a recovery occurs. What about population? China doesn't even know what their population is because "rural counties are incentivized to overreport population to receive more benefits from higher levels of government, while city districts report lower figures to hit population control targets."
4 comments
Read more 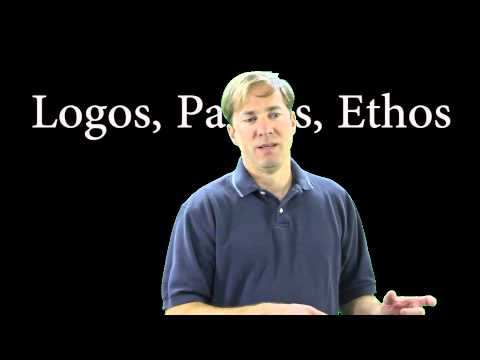 The first time you write a rhetorical analysis, it may seem almost impossible, but there are some basic steps to help make it a bit easier. Take a moment and watch the video. It has lots of good tips and strategies for writing a rhetorical analysis. When you start your essay, you need to introduce the writer, subject, audience purpose, and occasion just like you would any time you introduce one person to another. For example, if you were at a BBQ you might say something like, "This is Professor David Whalen, Provost of Hillsdale College, a Liberal Arts school, and we were just talking about an online essay he wrote in response to G.W. Thielman. Thielman published an article stating that colleges and universities should favor STEM education over the Liberal Arts. If you are someone who believes in the Liberal Arts, or in STEM, or anyone who ever has an argument, you would probably be interested in what he has to say." That statement introduces the writer, subject, audi
35 comments
Read more
More posts