Showing posts from August, 2015
Show all

Joseph Campbell, the author of The Hero with a Thousand Faces , described the hero's journey and how it can be found in virtually all the great myths of the myriad cultures on this planet. Joseph Campbell and Bill Moyers sat down and worked on five episodes of  The Power of Myth  where they discuss, among other things, the virtues of the epic space fantasy film, Star Wars . George Lucas has often credited Campbell for helping inspire the Star Wars  franchise, saying Campbell "exposed me to cosmic questions and mysteries" and those questions led to the creation of one of the most successful film franchises in history. The Hero's Journey in Star Wars is outlined at Star Wars ' Origins : I. Departure The Call to Adventure - Princess Leia's message Refusal of the Call - Luke has to help with the harvest Supernatural Aid - Obi-Wan rescues Luke from the sandpeople Crossing the first Threshold - Escaping Tatooine The Belly of the Whale - trash compa
4 comments
Read more 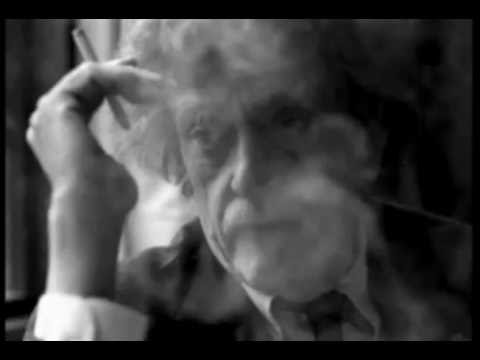 "Now lend me your ears! This is how to write a good short story." This is how Kurt Vonnegut begins his tips for writing short stories that readers will actually finish. Kurt Vonnegut wrote the classic science fiction stories Cat's Cradle and Slaughterhouse 5 (click on the links to listen to each) and was never afraid of speaking his mind. He once called semicolons “transvestite hermaphrodites representing absolutely nothing." Vonnegut's eight tips for a good story are: 1. Use the time of a total stranger in such a way that he or she will not feel the time was wasted. 2. Give the reader at least one character he or she can root for. 3. Every character should want something, even if it is only a glass of water. 4. Every sentence must do one of two things–reveal character or advance the action. 5. Start as close to the end as possible. 6. Be a sadist. No matter how sweet and innocent your leading characters, make awful things happen to them–in
7 comments
Read more
More posts