Showing posts from March, 2014
Show all

Favorite Toys from Around the World 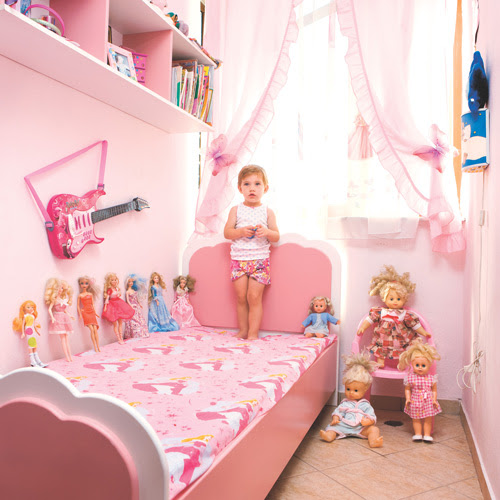 Julia, 3 (Tirana, Albania) When my daughter was born I bought her two hefty Tonka trucks, one a grader and the other a gigantic dump truck. I was going to make sure she had choices.  I didn't want my daughter to be conditioned to be a Barbie lovin', pink wearin', prissy little girl; she was going to play with trucks and baseballs and soccer balls and dolls and then decide what she liked best. Well, the Tonka dump truck soon became a bassinet for her Cabbage Patch dolls and her little brother gladly traded her the grader for a plush lamb that just wasn't macho enough for him. Are girls conditioned to want dolls?  Are boys conditioned to want trucks?  Are girls naturally attracted to more nurturing, mothering type toys, while boys want guns to go out and bring dinner home? Henry, 5 (Berkeley, California) An interesting book was just released called Toy Stories: Photos of Children From Around the World with Their Favorite Things by Gabrielle Galimberti.
41 comments
Read more

What is power? According to Hunter S. Thompson, Gonzo Journalist extraordinaire, "Power is language.  Power is being able to use language. "Power is the ability to help people. "Power is taking risks. "Power can be ruthless. "Power is doing the right thing at the wrong time" This thirty-second commercial was created for Macintosh in the 1990s when Steve "Jobs waxed lyrical about the 'crazy ones, misfits, rebels and rule breakers?' No surprise, then, that Apple decided to burnish its rebel credentials by hiring none other than the father of gonzo journalism to star in one of its TV spots." But more than Fear and Loathing , Thompson was notorious not only for his drug-induced road trips, but also for his temper . . . and he was no techie. According to Open Culture , "Presumably, simply having Thompson in the ad gave Apple enough countercultural cachet, since he never mentions either the company or its product. T
4 comments
Read more An essay introduction is just like a personal introduction . . . and yes, it is an art.  They are both a first impression and quickly determine whether you want to read a paper or engage with a person. Let's look at seven standard types of introductions that you can use in ANY essay.  Since I have found examples to be the best teachers, let's look at seven introductory paragraphs for a single thesis statement: Two types of students who attend college are the eighteen-year-old who just graduated from high school and the returning student who seeks a new career. A Personal or Fictional Anecdote As I walked into my first college class, I wondered who would be sitting to my right or left. I remember fearing that everyone would stare at me because I was an "older" student. I soon realized that while many teens were in the class, I was not the only student who had waited a number of years before seeking a college education.  Two types of students who attend college
21 comments
Read more
More posts