Showing posts from September, 2017
Show all

What do you know about your school? 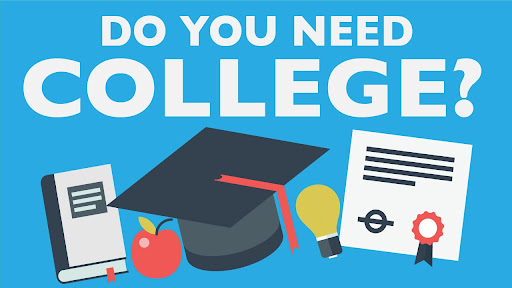 What happens to students at Diablo Valley College? First, let's look at some statistics from 2013 : DVC has a total enrollment of 20,286 students - 52 percent were women, 48 percent were men. DVC is pretty ethnically diverse. While 44 percent of students were white, 22% of students were Latino, 15 percent Asian, and six percent were African American. Minority enrollment is 64 percent of the total student body. Most students at DVC (64 percent) are between the ages of 18-24, while 32 percent were between the ages of 25 to 64. Scholarships or grant awards are received by one-third of students totaling about $2,477. DVC costs  $1,288 for in-state residents, while out-of-state students pay $7,925 - that's a 515% increase (2015/2016) - that's a topic for another post. "The total tuition and living expense budget for in-state California residents to go to DVC is $19,750 for the 2015/2016 academic year. Out-of-state students who don't have California resid
41 comments
Read more

One of Saturn's moons above its rings against star-lit space. If you like science and dream of exploring the stars or going into space one day, then you are probably aware of the Cassini mission. The probe recently took its last photo just as it entered the Venus atmosphere, but before the camera faded to black it took many beautiful photos. If you are not science buff, " Cassini-Huygens is one of the most ambitious missions NASA ever launched into space. Loaded with an array of powerful instruments and cameras, the spacecraft is capable of taking accurate measurements and detailed images in a variety of atmospheric conditions and light spectra." Cassini reached Saturn in July 2004 and has been dubbed one of the most successful of NASA's many missions. It's " scripted death dive " occurred on September 15, 2017. What are some of the missions biggest discoveries? One of its moons, Enceladus, shows evidence of water-based ice and a subsurface
20 comments
Read more 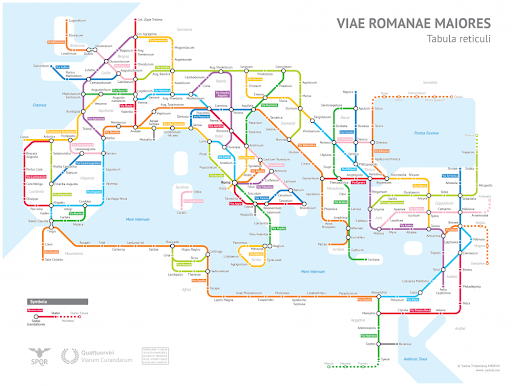 I love maps. Ever since I was a kid, I would stare at them and think about what places like Copperopolis, Toad Suck, and Santa Claus look like. I mean does Santa live in Santa Claus, Indiana? I think not, but he probably doesn't live in Chicken, Alaska either....and somehow that brings me to Roman roads visualized as a subway map. Here's the great thing about this project it was done by a college student just like you. Well, not exactly like you, but Sasha Trubetskoy is an undergrad at U. Chicago, and he created a "subway-style diagram of the major Roman roads, based on the Empire of ca. 125 AD." Open Culture has provided a few links to larger maps for your viewing pleasure. Trubetskov says "no sane Roman would use only roads where sea travel is available. Sailing was much cheaper and faster – a combination of horse and sailboat would get you from Rome to Byzantium in about 25 days, Rome to Carthage in 4-5 days." He also notes that money and time
3 comments
Read more
More posts