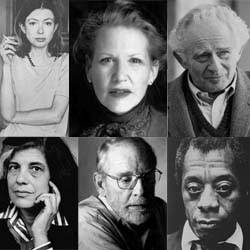 Robert Atwan, the founder and creator of the Best American Essays series, has read a lot of essays.

“To my mind,” writes Atwan, “the best essays are deeply personal (that doesn’t necessarily mean autobiographical) and deeply engaged with issues and ideas. And the best essays show that the name of the genre is also a verb, so they demonstrate a mind in process–reflecting, trying-out, essaying.”

As a college writer now specializing in essays you might want to take a look at Atwan's choices for style and organization.

>James Baldwin, “Notes of a Native Son,” 1955. "Against a violent historical background, Baldwin recalls his deeply troubled relationship with his father and explores his growing awareness of himself as a black American."
>Norman Mailer, “The White Negro,” 1957. "An essay that packed an enormous wallop in 1957 may make some of us cringe today with its hyperbolic dialectics and hyperventilated metaphysics. But Mailer’s attempt to define the “hipster” is suddenly relevant again."
>Susan Sontag, “Notes on ‘Camp,’” 1964. "Sontag’s groundbreaking essay was an ambitious attempt to define a modern sensibility, in this case “camp,” a word that was then almost exclusively associated with the gay world."
>John McPhee, “The Search for Marvin Gardens,” 1972. "Conceived from a series of Monopoly games, McPhee juxtaposes the well-known sites on the board—Atlantic Avenue, Park Place—with actual visits to their crumbling locations."
>Joan Didion, “The White Album,” 1979. "Huey Newton, Eldridge Cleaver, and the Black Panthers, a recording session with Jim Morrison and the Doors, the San Francisco State riots, the Manson murders—all of these, and much more, figure prominently in Didion’s brilliant mosaic distillation (or phantasmagoric album) of California life in the late 1960s."
>Annie Dillard, “Total Eclipse,” 1982. “Total Eclipse” has it all—the climactic intensity of short fiction, the interwoven imagery of poetry, and the meditative dynamics of the personal essay."
>Phillip Lopate, “Against Joie de Vivre,” 1986. “Over the years,” Lopate begins, “Lopate dissects in comic yet astute detail the rituals of the modern dinner party."
>Edward Hoagland, “Heaven and Nature,” 1988. "An unforgettable meditation not so much on suicide as on how we remarkably manage to stay alive."
>Jo Ann Beard, “The Fourth State of Matter,” 1996. "In this emotion-packed essay you will find entangled in all the tension a lovable, dying collie, invasive squirrels, an estranged husband, the seriously disturbed gunman, and his victims, one of them among the author’s dearest friends."
>David Foster Wallace, “Consider the Lobster,” 2004. "The annual Maine Lobster Festival boasts “the World’s Largest Lobster Cooker." Wallace poses an uncomfortable question to readers of an upscale food magazine: “Is it all right to boil a sentient creature alive just for our gustatory pleasure?”

Read more about the "Top Ten Essays Since 1950" at Publisher's Weekly. Have you read any of these essays? If not, read at least one and you'll see why it made the top ten list.
essays writing