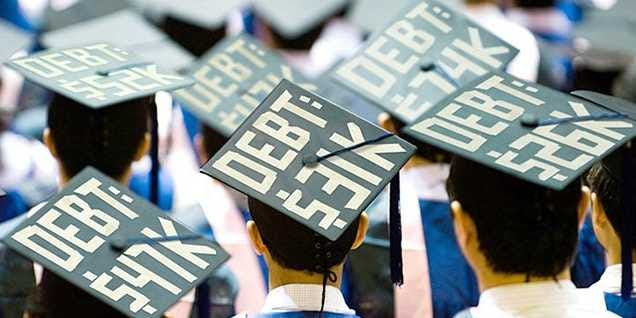 There is a lot of confusion about student loan forgiveness, so let's try to clear things up a bit.

I bet most college students are aware of student loan forgiveness programs, but they probably have no idea how they work.

Over at Student Loan Hero, Eric Roseberg has outlined the basics of student loan forgiveness - and it's something to think about.

Here's some of the basics (disclaimer: this stuff changes all the time, so stay caught up with new or revised forgiveness plans):

Student forgiveness plans apply mainly to federal student loans (Perkins loans are another matter), so all those loans you took out with Wells Fargo will NEVER qualify for forgiveness. Most banks are private institutions out to make money, so avoid taking a loan with them at all costs.

Federal loans for certain kinds of degrees, mainly public service (social workers, etc.), qualify for some type of forgiveness after ten years. You have to work in the field to qualify for forgiveness.

Some teachers with federal student loans qualify for forgiveness after as little as five years depending on where you teach. For the rest, they have to wait for ten years.

Loan holders with income-driven payment plans will qualify for forgiveness after twenty to twenty-five years.

Something to keep in mind, most forgiveness programs only apply to loan holders who have maintained good standing, meaning you have made all your payments on time and are not in default.

Sounds good? Well, think about this. Yes, you can get a big chunk of your federal loans forgiven, but the government treats that like regular income, with an exception for public service and teachers who will not receive a tax bill. What does this mean? If you have $100,000 of your student loan debt forgiven, you can expect to pay taxes on $100,000 worth of income. That's right forgiven loans are treated just like regular income and are taxed at whatever rate you fall into. On $100,000 for some that could mean a tax bill of $25,000.