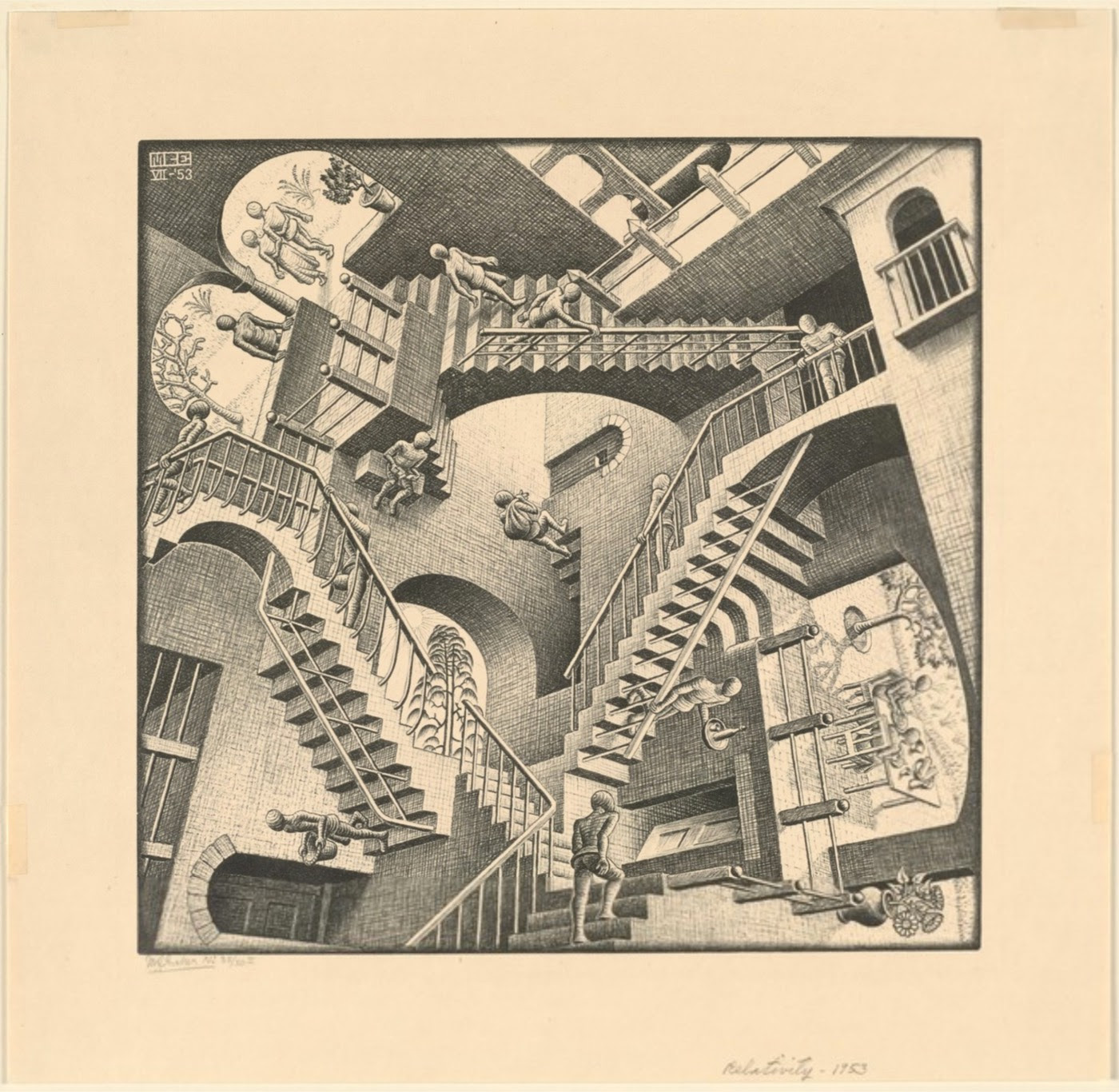 I know there has been a lot of news about the pitfalls of the internet and social media lately, but digital art collections is one thing that the internet is good for . The Boston Public library has digitized dozens of M.C. Escher prints and put them online for everyone to see.

If you don't know the works of M.C. Escher he definitely inspired the grand staircase in the Harry Potter films.

Escher was born in the Netherlands in 1898 and he produced many prints featured on album covers and films. His works encourages viewers to get lost in his art's myriad three dimensional spaces where the gravity connection doesn't seem to work they way science says it should.

Escher was interested in the sciences, but his "fame spread outside of the sciences in part through the interests of the counterculture. He may have shrugged off mystical and psychedelic readings of his prints, but he had an innate penchant for the marvelously weird."

So Escher started as a pop artist icon and is now seen as a fine artist. Can you think of popular artists today that might be labelled as fine artists in the future?
art Escher pop culture