April 19, 2018
It seems advertising has been around as long as people. I can imagine ads scrawled into the walls of Pompeii for the "Best Sandals" or "Fish Sauce." Commercials are all over television, and with its decline, they are all over YouTube and even in movie theaters, but what did they look like in your grandparents day? Let's take a look at a few. 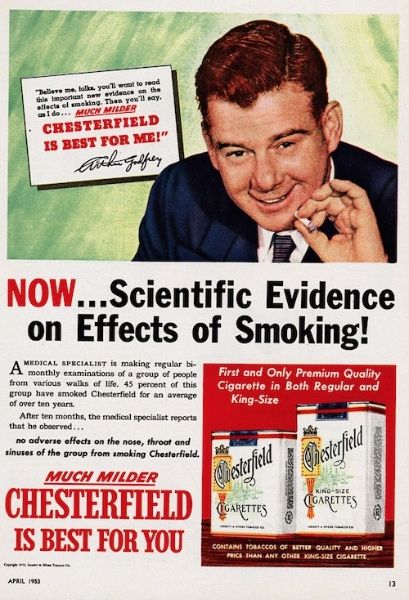 Let's take a look at Chesterfield cigarettes. According to the company, doctors say there are "no adverse effects to the nose, throat, or sinuses." I guess they hadn't discovered cancer yet. Wrong. They had, but this is big tobacco at work.

A great show to see this kind of media manipulation at work is Mad Men. It's set at an advertising firm in the late 1950s, early 1960s and they do a whole show on advertising Lucky Strike cigarettes where the owners of the tobacco company insist that cigarettes are good for you. 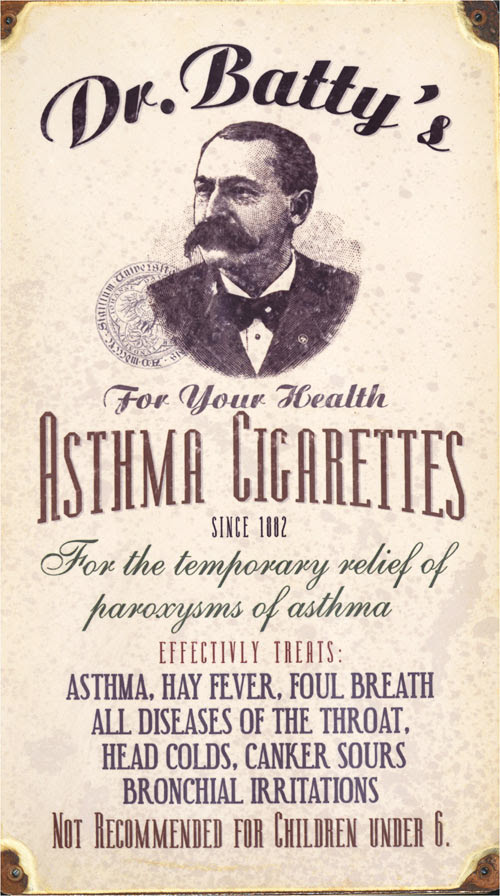 Asthma Cigarettes, really? These beauties will relieve your "paroxysms of asthma." Somehow I doubt it.

There are also ads for bourbon and scotch toothpaste.

There are even advertisements for aspirin with heroin when you really want to kill your headache (excuse the pun).

At Christmas time, Colt said "Get Mother what she really wants for Christmas - a Colt" featuring a housewife wielding a Colt-45 in front of a Christmas tree. You better like your presents this year!

But the prize for the worst taste in advertisements? The blind, Stevie Wonder, selling Ataris! I mean, c'mon.

Are these things even around anymore? If they are they should just go out of business for being this insensitive. Maybe it's just that we are more sensitive to the feelings of others today, or maybe everyone in history is crazy.

Hmmm....what will your children think of us? Will we look crazy?

What ads do you see on television, YouTube, or Hulu that we might find distasteful or insensitive in the future?

What products do we advertise today that we might look back with embarrassment in twenty or thirty years?