Showing posts from December, 2011
Show all


Verbs are for when you're feeling active. Verbs express action, being, or a state of being. A verb tells you what's happening!

What is a verb?

The verb is perhaps the most important part of the sentence. A verb or compound verb asserts something about the subject of the sentence and expresses actions, events, or states of being.

In the following sentence, the verb appears highlighted:

Dracula bites his victims on the neck.

Verbs in workplace writing and your resume.

According to the OWL at Purdue:
An action verb expresses achievements or something a person does in a concise, persuasive manner.

Why is it Important to Use Action Verbs in Workplace Writing?

You should use action verbs in workplace writing because they make sentences and statements more concise. Since concise writing is easier for readers to understand, it is more reader-center…
1 comment
Read more 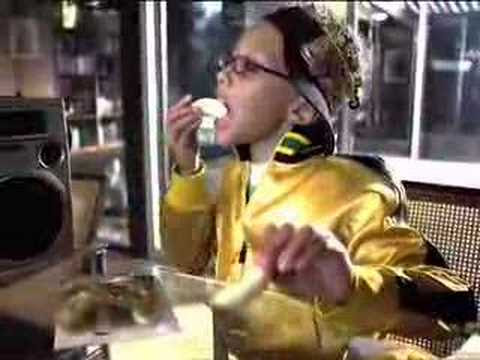 The rhetoric of logos is based on what it sounds like: logic. According to Aristotle it is supported by "proof, or apparent proof, provided by the words of the speech [or text] itself." It is the use of argumentation and rational appeals based on facts, case studies, statistics, anecdotes, experiments, logical reasoning, and analogies. Think of toothpaste commercials that claim "Nine out of ten dentists recommend Crust because studies show it prevents cavities."

Strong arguments should have a balance of ethos (ethical appeals), pathos (emotional appeals), and logos (rational appeals). Logic often seems like the most convincing element of an argument, but many times the listener has to depend on the ethos of the speaker in order to believe the logos of his or her argument. In other words, you have to take the writer's word for it, whatever "it" may be.

McDonald's is not immune to rational appeals. There has to be some logic in our choice t…
13 comments
Read more 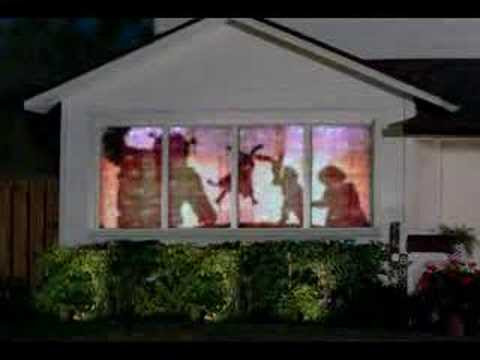 Pathos refers to the emotion or passion a writer evokes in a reader. It involves stirring people up enough to get them to do or believe something. Aristotle didn't much like this form of persuasion. "The arousing of prejudice, pity, anger, and similar emotions has nothing to do with the essential facts, but is merely a personal appeal to the [wo]man who is judging the case." Advertisers and politicians often revert to pathos because it is the only way you will get somebody to put down the remote, get up of the coach, and do something.

Even if you're not a politician or advertiser, think about how you might use pathos in your everyday career to persuade your boss or coworkers to believe or do something you think is important. When is it appropriate to use emotion …
5 comments
Read more 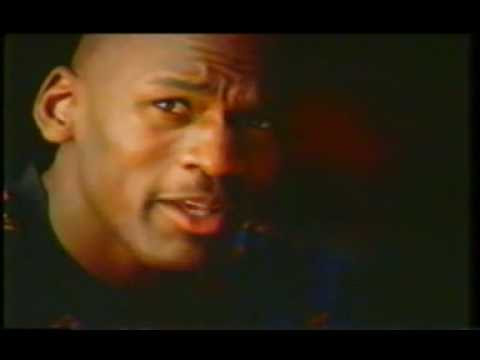 "We believe good men more fully and more readily than others," at least that's how Aristotle defined ethos.

Ethos is just one point on the rhetorical triangle and has to do with how people perceive you. As an author, are you competent, fair, and/or an authority on your subject matter? If you want people to believe your premise, or message, you better be.

An August 2011 article in the Chronicle of Higher Education asserts that "ethos is the primary mode of persuasion, and one which we neglect at our peril. Reflect for a moment on how you have been persuaded. When you were a student, which teacher influenced you the most? Probably the one whose character and interaction with students you found most appealing. Which publications do you trust the most? Probably the ones with the best brand (branding being our impoverished substitute for ethos)."

The Trouble with "I"

Students often say their high school teachers told them to never use "I" in their papers. I'm not sure I agree, but the problem for high school teachers may be an annoying inundation of "I" constructions, "I think this" and "I believe that" coupled with the uninformed "I" analysis written by teenagers who have been told that they are "entitled to their own opinion." Well, that's just fine, as long as it is an informed opinion and not just an opinion based on some tingling nerve ending.

But is using "I" really bad?

In the Spring 2011 issue of Inside English Charles Hood of Antelope Valley College asks "Why do Students use "I" Appropriately in Speech and Yet so Badly in Papers?" Here are four kinds of student "I" uses that he found ineffective:

The Invisible Man I. That is, there is no human agency in the paper; instead sentences (often fragments) appear out of the ether, …
8 comments
Read more

Here's the next installment of School House Rock--this time in a country western song about nouns. For the rest of the day you'll be singing "Every person, place, or thing that you can know, ya know their nouns."

But there is a lot more to nouns than just concrete people, animals, places, or things. It is also abstract ideas. Here's a larger explanation of nouns from the University of Ottawa.
Proper Nouns
You always write a proper noun with a capital letter, since the noun represents the name of a specific person, place, or thing. The names of days of the week, months, historical documents, institutions, organizations, religions, their holy texts and their adherents are proper nouns.
Last year, Jaime had a Baptist and a Buddhist as roommates.

Common Nouns
A common noun is a noun referring to a person, place, or thing in a general sense -- usually, you should write it with a capital letter only when it begins a sentence. A common noun is the opposite of a proper n…
3 comments
Read more 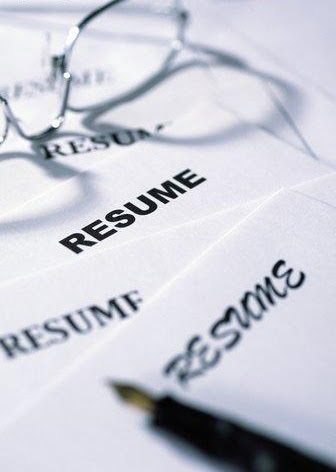 Your résumé is your first impression. It should be tailored to fit every potential employer. It says, "This is my best work," which won't get you far if you make these mistakes.

1. Typos/Grammar mistakes
Many companies cull the résumé herd by round filing those with misspelled words or blatant grammar mistakes. So double check it, better yet, get someone to proofread it.

2. Weird Blog or Social Networking site
For some industries, a blog presence is a must. So if you are listing your blog on your résumé, make sure it isn't called, "IH8MyBoss.com". While most people don't list their Facebook page on their résumé, most companies will Google you. It is a cheap way to check on potential employees (and, no, it is not illegal). If you don't want your parents or siblings to see your Facebook page, you need to update it ASAP!

3. Lying
Why isn't this number 1? Because first you'll be Googled, and then it will take some phone calls to verify you…
8 comments
Read more

As a kid, Saturday morning included not only Scooby Doo cartoons, but also School House Rock, cartoons with catchy phrases to help kids learn grammar, U.S. History, math, and science. What better way to learn grammar than to get some crazy tune stuck in your head?

First, watch The Tale of Mr. Morton. Believe me, you'll be humming this until bedtime.


Next, an explanation of Subjects and Predicates from the University of Ottawa.
"Every complete sentence contains two parts: a subject and a predicate. The subject is what (or whom) the sentence is about, while the predicate tells something about the subject. In the following sentences, the predicate is enclosed in brackets { }.

Judy {runs}.
Judy and her dog {run on the beach every morning}.

To determine the subject of a sentence, first isolate the verb and then make a question by placing "who?" or "what?" before it -- the answer is the subject.

What should your professor notice about your paper format? NOTHING!

The only time your professor will notice something about your paper's format is when you don't bother following standard college level formatting, or you do something creative--teachers interpret this as strange or just plain wrong. This tells the professor you cannot follow instructions and leaves them wondering what other instructions you didn't bother following. The last thing you want to do is get your professor in a bad mood when he or she has a red pen in their hand.

There are two basic styles of papers used in college classrooms; one is the APA style (American Psychological Association), and the other is MLA (Modern Language Association). The APA style is used in science classrooms, so if you're going for a Bachelor of Science degree, you'll most likely being using this format (click here for a sample APA paper). If you plan on receiving a Bachelor of Arts degree, you'll most li…
2 comments
Read more 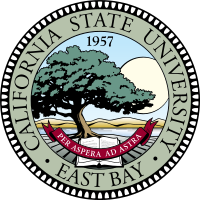 According to a CSUEB December 2011 Communique, the following positions were filled:

The Grinch who Sells Christmas 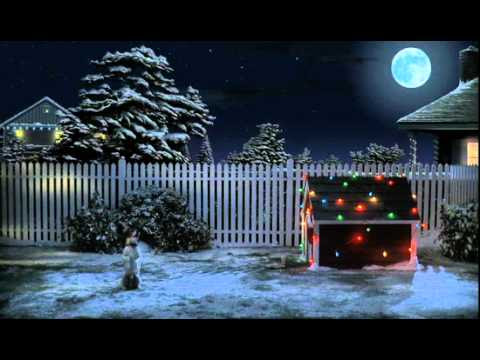 I received the cutest Holiday e-card, reminding me there isn't a child alive (not even a puppy) who can stay awake long enough to greet Santa.

Unfortunately, it reminded me of this year's Best Buy commercials dissing Santa--who it seems is only good enough to leave presents for dogs!?

Today, we can understand Scrooge's "Bah! Humbug!" due to the dread everyone feels by the prospect of being mauled at the mall. We forget Scrooge's visitations by the ghosts of Christmas, ghosts who defrosted his cold heart with visions of those less fortunate.