February 10, 2012
According the Mirriam Webster dictionary hubris is defined as exaggerated pride or self-confidence. The key phrase being "exaggerated." BTW, don't ever start a college essay like this, it says amateur hour . . . but I digress. 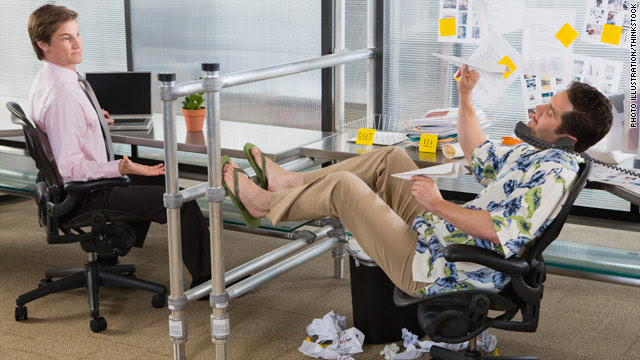 Yahoo Finance recently led with an article entitled "How a Tenacious Summer Analyst Applicant Got Laughed at by Goldman, Morgan, and Everyone Else on Wall Street" that included the following cover letter (in part):


I am unequivocally the most unflaggingly hard worker I know, and I love self-improvement. I have always felt that my time should be spent wisely, so I continuously challenge myself ... I decided to redouble my effort by placing out of two classes, taking two honors classes, and holding two part-time jobs. That semester I achieved a 3.93, and in the same time I managed to bench double my bodyweight and do 35 pull-ups.

The article goes on to note that the deadline for summer jobs/internships at the coveted BIG financial firms has past, but this cover letter has been passed all over Wall Street by the director who received it, "offering drinks 'to the first analyst to concisely summarize everything that is wrong with' the note, it has passed through more than a dozen firms."

There are two ways to look at this cover letter. The PT Barnum way, "All publicity is good publicity--even if it's bad," or can I have just a little hubris, PLEASE.

Lots and lots of people commented on this story, and those comments are revealing:

"He did one thing right. He stood out from the pack."

"I find it far more childish for a bunch of seasoned executives to pass around his cover letter like high school jocks passing around some poor nerdy kid's love letter to a cheerleader. It's a freakin' kid who probably was told to write personal things into his cover letter. I was told to do the same thing when I was in college by people that haven't looked for a job in probably 20 years. You learn resume writing and interviewing techniques through trial and error. A mature, thoughtful interviewer would have pointed out what he should have done differently. Only self-righteous, conceited, childish jerks would pass around his letter like that."

I have to agree with this last comment, when this human resource director received this cover letter, I am sure the sender didn't suspect JPMorgan would publish it on Yahoo. The whole redacted letter was included with the story, BUT one thing undergraduates or recent college graduates need to keep in mind is that they have NO real world experience. You are not going to be hired as VP or CEO of anything right out of college, unless you're the entrepreneurial type who starts his or her own company.

Think of a cover letter and resume as an advertisement of yourself. How would you use ethos, pathos, and logos to sell yourself? While confidence is good, braggadocio is obnoxious, whether you're qualified or not. Remember, as a new employee working your way up, you may spend more time with your co-workers then you would with your family. Would you want to work with this guy?
careers college rhetoric writing