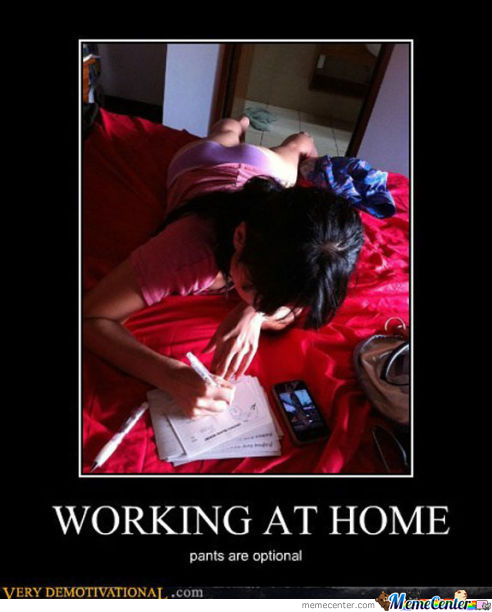 People who work from home don't get much done, right? Wrong!

According to a recent study conducted by Stanford University if you are a person working on the kitchen table wearing your pajamas you're a more productive worker.

Ctrip, a Chinese travel agency, agreed to be the guinea pig for a work-at-home study and during the 9-month period found:


> A 12 percent increase in productivity for the at-home workers. Of that increase, 8.5 percent came from working more hours (due to shorter breaks and fewer sick days) and 3.5 percent came from more performance per minute. The researchers speculate this was due to quieter working conditions.

> A 50 percent decrease in attrition among the work-from-home group.

> Substantially higher work satisfaction as measured by a survey among the home group.

Wired.com noticed something else interesting from the study "Employees who were already more productive tended to chose working from home while less-productive employees chose to stay in the office."

Have you ever worked from home? Do you have a college job that allows you to work from home?

Would your major (future career) be conducive to an at home job?
careers Chinese majors