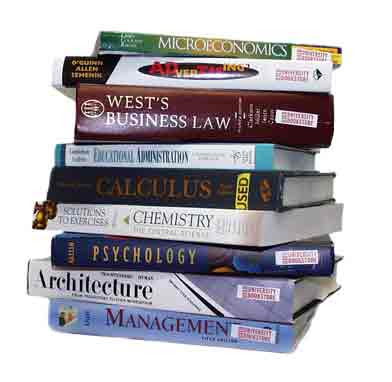 15 Books That Take American Eduction to Task is a post that at first glance is a bit depressing. For you education majors, some of these books may help with research into K-12 practices.

Let's take a look at the books devoted to college, they have some useful things to say about what you are doing right now!

Even with ever-higher tuition, more students are heading to college than ever before, but are they really getting the education they’re paying for? Sociology professors Richard Arum and Josipa Roska don’t think so. They have research that points to some disturbing trends in higher ed, including a study which found that 45% of students showed no improvement in key skills, including critical thinking and writing, between their first semester and the end of their second year. They believe that the current culture at most colleges doesn’t adequately value education, preferring to focus on raising their rankings rather than putting out a smart, capable batch of graduates each year.

No. 9 Inside American Education: The Decline, the Deception, the Dogmas by Thomas Sowell:

This book by Thomas Sowell is aging (it was published in 1992), but sadly many of the problems he points to in it still exist in education today, 20 years later. Sowell posits that the American education system, from kindergarten through grad school is full of incompetency, alienation, and moral bankruptcy, railing especially hard on athletic scholarships, the publish-or-perish syndrome, and academic brainwashing. Readers should note that Sowell can be a bit extreme (and sometimes downright wrong), but that doesn’t make his primary criticisms of the education system any less scathing or true.

"Incompetency and moral bankruptcy" at American universities? Do you find that the school lives up to the promises it makes to you? Are you getting the quality of education you paid for?

No. 11 Our Underachieving Colleges: A Candid Look at How Much Students Learn and Why They Should Be Learning More by Derek Bok:

This book is another hard look at the American higher education system, this time from former Harvard president Derek Bok. As in the work of Arum and Roska, Bok showcases just how little many students learn during their college educations, lacking key skills in writing, reasoning, mathematics, and critical thinking. In fact, despite high tuition that supports new technology, more professors, and greater resources for students, there is little evidence to suggest that students are learning more and may in fact be taking away less from their college years (despite a much higher price tag).

Students are taking out more and more loans resulting in something resembling a house payment by the time they are finished, so caveat emptor.

Do you find that you are learning skills in the university that you will need when you enter the work force? Or do you think you are doing a lot of busy work?

What kinds of classes would you like to see offered at your university to help you get where you want to go in life?