July 25, 2012
Did you read F. Scott Fitzgerald's The Great Gatsby in high school or college? Did you have a hard time keeping track of who is who? SomethingSoSam.com created a slick art deco Gatsby Character Map to help you keep track. 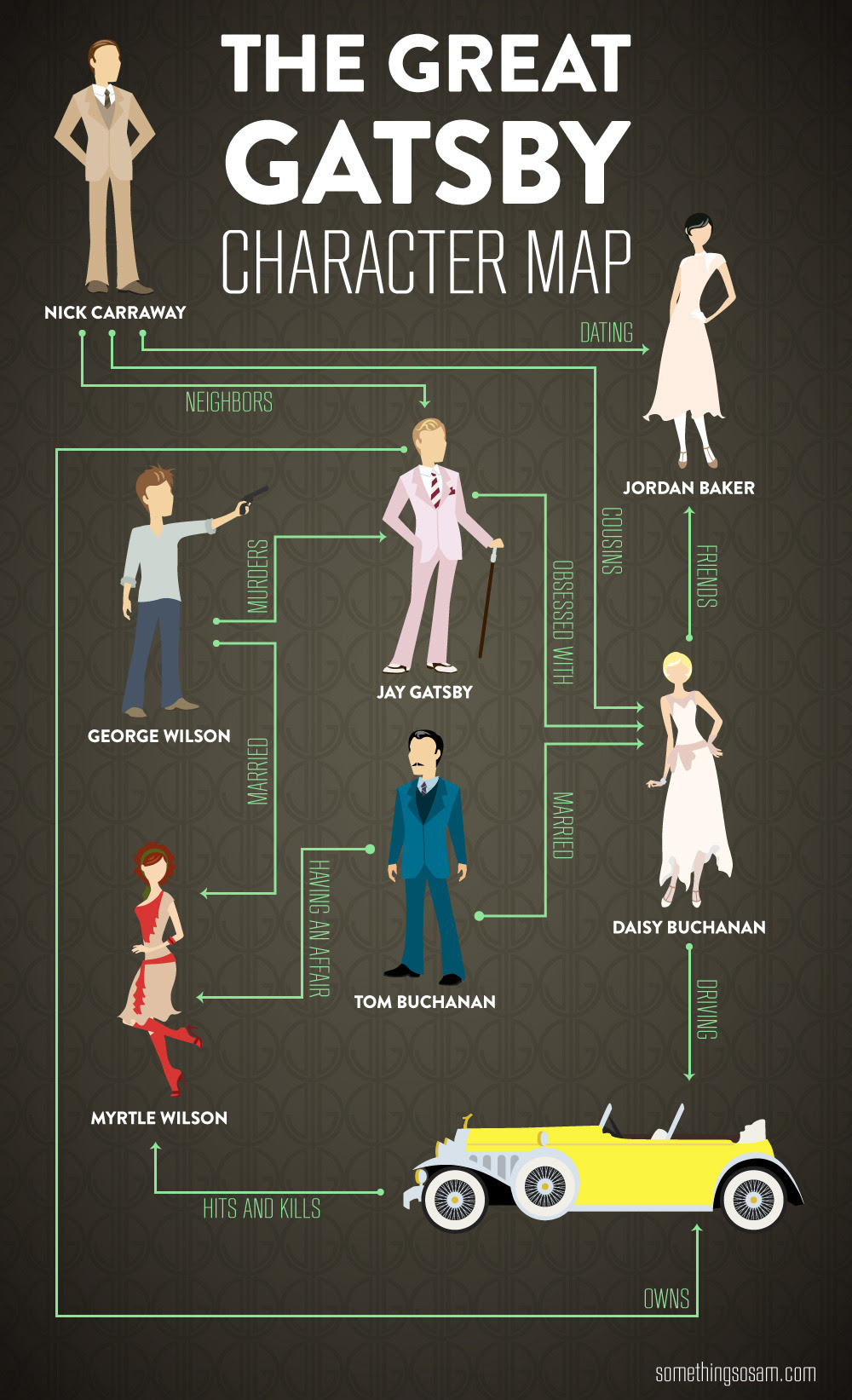 But SomethingSoSam didn't stop there, there are also some graphics of memorable Gatsby quotes, like this one: To finish off this trilogy of visual fun, here is a video with a little bit more about the Gatsby characters . . .

A Look Into the Characters of The Great Gatsby from SomethingSoSam on Vimeo.

It's obvious this graphic artist is passionate about The Great Gatsby. Warner Brothers would be well served to hire SomethingSoSam to create the posters for their movie slated for release December 2012. It is billed as an "American 3D romantic drama film", and stars Leonardo DiCaprio as Jay Gatsby, Carey Mulligan as Daisy Buchanan, Tobey Maguire as Nick Carraway, Joel Edgerton as Tom Buchanan and Isla Fisher as Myrtle Wilson.

Do you have a graphic art penchant? How can you use that skill when thinking about your major and future career?

What books or comics are you passionate about? What other texts could use a graphic character map like this one? What books would you like to see made into movies?