After the ornament-stealing, Vanni, tells Danté his fate, he blasphemes by making some kind of finger gesture towards god. Let's just say he gave god the finger. Danté now believes that the "serpents were my friends" as they coiled around Vanni's neck.

Soon a centaur approaches and "on his shoulders crouched a dragon with its wings spread wide that sets on fire whatever it encounters."The dragon sits atop Cacus, the son of Vulcan who was killed by Hercules for stealing cattle as told in Virgil'sAeneid. But in the AeneidCacus is not a centaur, he is a man who exhales smoke and fire. It seems Danté took some liberties here and what this displays is that Danté is willing to revise the Aeneid to make it work for him in The Inferno.

Three souls then shout at Danté and Virgil, "You, who are you?" 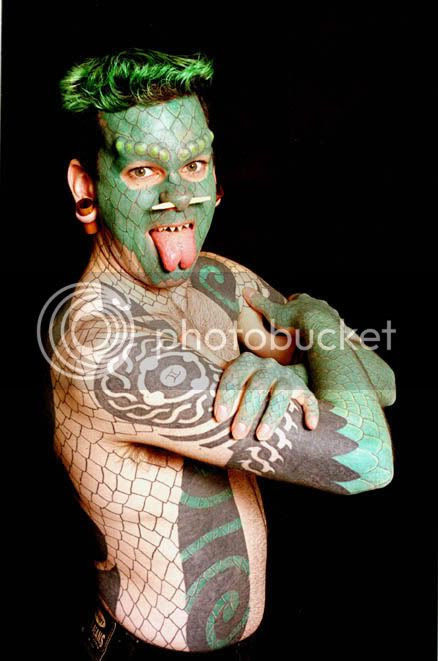 Danté is amazed when a "reptile with six legs propels itself at one of them, and fastened itself to him. It grabbed his belly with its middle claws, then with its forepaws held his arms and bit through both cheeks. It stretched its hind feet down the other's thighs, thrusting its tail between them and curled it up behind, above the buttocks . . . Then they fused together, as if made of molten wax, mixing their colors so that neither seems what it had been before . . . The two heads had already united, two sets of features blending, both lost in a single face. Four separate limbs combined to form two arms. The thighs and calves,the stomach and chest turned into members never seen before. All trace of their first aspect was erased." Can't you just see it? This is how horror films were created, a medieval blast from below.

Danté boasts that his vision of hell is so terrifying that Lucan should shut up about Sabellus and Nasidius, soldiers slain in the Libyan desert by snakes. He also says, "Let Ovid not speak of Cadmus or Arethusa" one of the more famous metamorphoses from classical antiquity as Cadmus was transformed into a serpent and Arethusa into a spring. These transformations are only of physical bodies while the transformation of hell’s inhabitants involves their whole natures, thus their punishment to have their bodies and personalities constantly stolen.

As Danté enters bolgia eight, he laments that he met five thieves from Florence in the previous bolgia--something Florence should be ashamed of. Danté then mourns that his pride may have landed him on this infernal journey. He hopes to "curb my powers lest they run on where virtue fail to guide them" and make this hike through hell permanent.

Bolgia eight is the domain of evil counselors and fraudulent advisers; especially the people that encouraged people to give false advice. They are concealed in flames symbolizing their ardor towards capturing the minds of those they fraudulently controlled. First up, Ulysses (aka Odysseus) and Diomed who utilized "the stratagem of the horse that made a gateway through which the noble seed of Rome came forth." Ulysses tricked Achilles into joining the war against Troy where he died in battle while the horse itself was a fraudulent peace offering.

Danté can't wait to talk to Ulysses, but Virgil speaks to him in Greek, asking, "Let one of you relate just where, having lost his way, he went to die."

Ulysses speaks first. Circe beguiled him (yes, blame it on a woman) to stay away from home. Once he returned, nothing could move him, "not tenderness for a son, nor filial duty toward my aged father, nor the love I owed Penelope (wife) . . . could overcome the fervor that was mine." Danté takes some license here. Ulysses enlists his crew to head off on another voyage, one not recorded in The Odyssey. They take off because "they were not made to live like brutes or beasts, but to pursue virtue and knowledge"--here again, is some wild counsel that Ulysses is giving--he needs these "brothers" to row his ship.

They spend five months out at sea until their ship is destroyed in "whirlwind that struck the ship head-on."

As a new flame approaches it sounds like a bellowing bull which refers to a torture device whereby victims were put inside a bronze bull and roasted alive, their screams transformed into the bellowing of a bull. 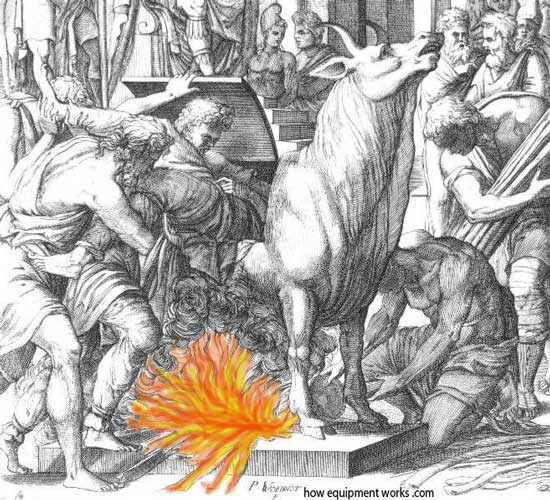 Virgil nudges Danté saying "It's up to you to speak--this one is Italian." He turns out to be Guido da Montefeltro, "A warrior was I, and then a corded friar," which made him happy until Pope Boniface VIII led him from his life of meditation to political machinations. Montefeltro's "deeds were not a lion's but the actions of a fox."

Boniface calls on Montefeltro for advice on a matter of tactical strategy, but Montefeltro "kept silent." Boniface says to him, "I absolve you here and now if you will teach me how I can bring the Praeneste to the ground." The Colonna family of Praeneste were in rebellion against Boniface's authority. Montefeltro gives in because he will forgive his sins and "will seal your triumph on the lofty throne."

The minute Montefeltro dies, and St. Francis comes to collect him, a "dark Cherubim" shows up saying, "He must come down to serve among my minions because he gave fraudulent advice." According to the Cherubim, who seems to know more about church law than St. Francis, "One may not be absolved without repentance, nor repent and wish to sin concurrently . . . Perhaps you didn't reckon I'd be versed in logic."

We still live with thieves, but it seems that some thieves are worse than others. Stealing food because you are hungry is one thing, but stealing . . . what will land you in Hell?